{I wrote that last night and Anna woke up shortly after I wrote the above and so I am continuing now...the next day...}

So. Yesterday myself, Matt, and my two brother-in-laws did music for Mass. I sang, and I really enjoyed doing it. Matt's Mom and Dad watched Anna for us and it was really great for the first time in a very long time to be so involved in the Mass. My mind usually wanders even if I don't have Anna with me, but since it has been a while since I've helped with music I didn't want to miss any cues. Especially because the clicker for the slides was in my hopefully-capable hands. (I only forgot to change the slide twice, I consider this a victory)...(Furthermore, I was very impressed by my husbands talent of playing the drums very tastefully with two of my wooden spoons. We got to the Church and the drum sticks were MIA, so...second victory!) 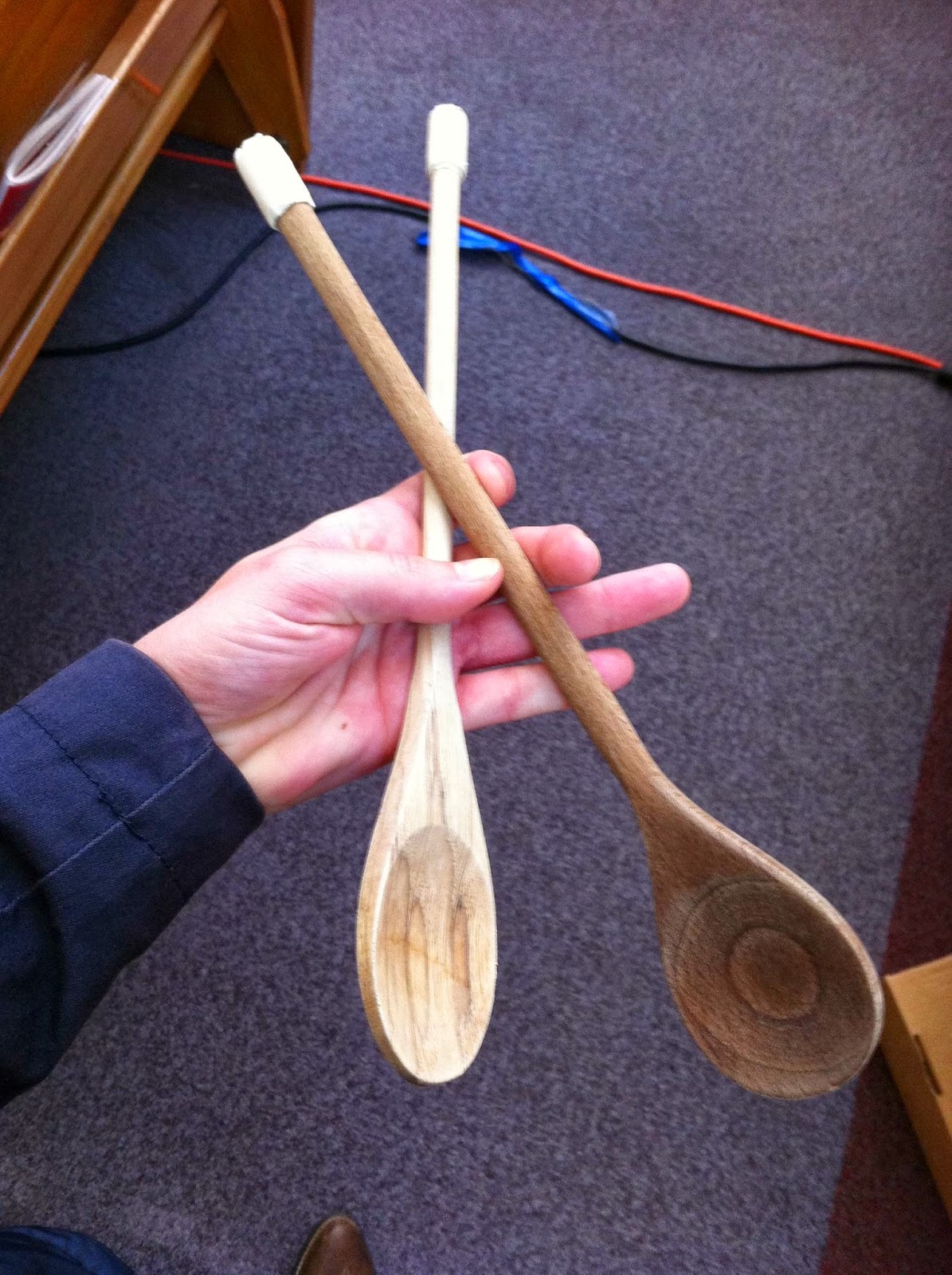 Anyways, to the point I was trying to get at above: I was very focused and was taking the Mass all in as it came and I was reminded how much I love being Catholic. The Gospel really stood out to me, and I also enjoyed the intentions written by Pope Francis. I would be more thoughtful and profound, but my brain is not in the right place to say much more than this...so I will leave it at that, I love it!

Matt and I came back to our house after Mass and relaxed for a little while, which is always a Sunday highlight, I'm loving our little family more and more everyday! Still sometimes can't believe that I have a baby, but then again I can't imagine not having her...she's not much of a cuddle-er but she was sitting all cozy in my lap for a while which made my day. (She wouldn't let me put her pants on so we took a breather) 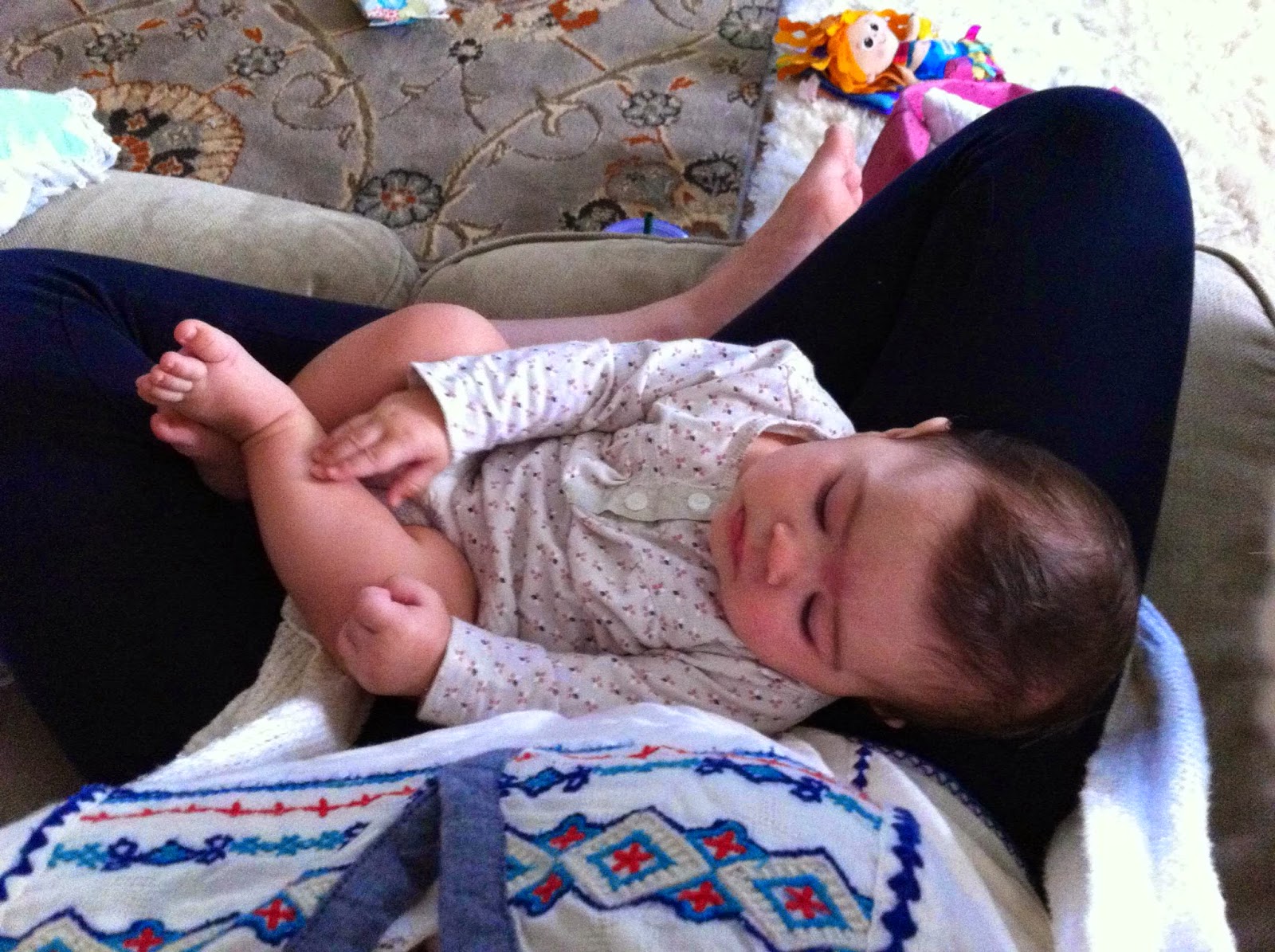 We then went to Matt's parents for the afternoon and evening and lots of laughs and ham and pumpkin pies were had all around and I even got to feed my tile rummy addiction, yay! I won both games, since you were wondering...

In other news I had an epiphany last night that if we had one designated drawer or basket for clean socks and underwear I could simply toss all of the clean undergarments right in and never fold another! To which Matt replied: Duh I've been doing that my whole pre-marriage adult life...or something along those lines...well...I guess I am late to that train, but excited none the less! So much spare time to be had! 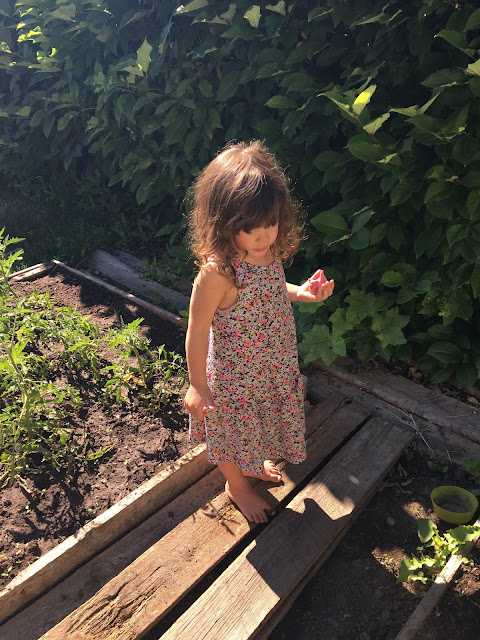 On Saturday, June 24, 2017 we started our year of no screen time for the girls. We even put our tv into storage. I've had a difficult time writing this because I don't want it to come across as negative or judging anyone for how they parent. So please read this through the lens of it being our particular story at this time of our life. I'm hoping to be vulnerable in case there are some people out there who could relate. And even if you are at a different, better place with screens, I hope it will still be an interesting journey, I will need some cheerleaders! I didn't struggle much with screen time at the beginning of motherhood because my oldest, Anna, was very busy and didn't care for the tv. But when I had my second it started to be on more and more. I was tired. A few months ago I had strep throat... cue Netflix for the next 2 months. Ok -- it wasn't quite that dramatic but that's kind of where I can pinpoint a downward spiral of altogether way m
Read more 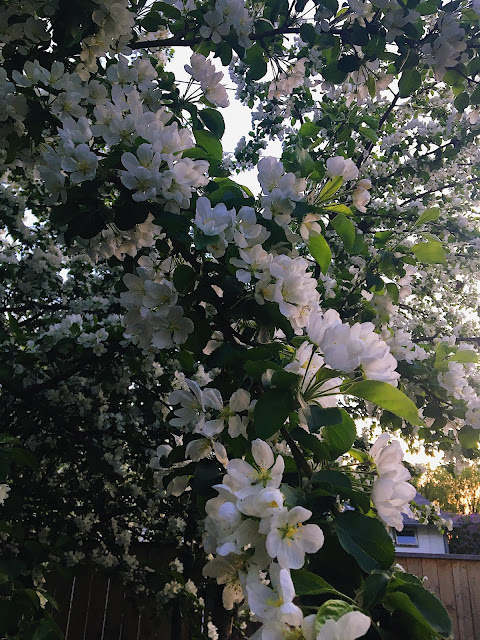 I turned 27 on Victoria Day and came home to my own White Way of Delight, dreamy apple blossoms in full bloom! I have been anticipating 27, and for some strange reason I was excited for this certain age. It holds so much promise in my mind...it feels like a real adult age, where I will be the woman I imagined I would be in my late twenties...rather than, truthfully, feeling still 22 or 23. Even though I know it doesn't work quite like this, I feel this age calling me to stand a little taller, try a little harder. I'm trying to verbalize some abstract thoughts here, for my own memories. So I can look back and see how I did, in my twenty seventh year. Calling myself to action, in a way. But at the same time remembering that I am always going to be myself..but different versions. And I want the 27th version to be memorable. For how I really tried to make life more beautiful and ordered for myself and my family, and had a servants heart while doing it all for the greater glor
Read more 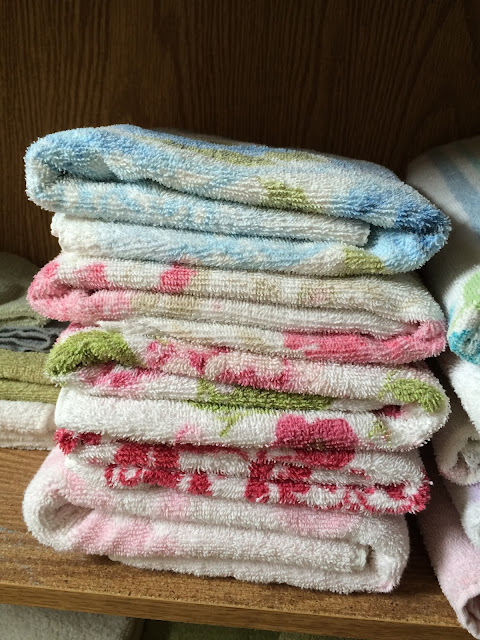 A short little blog post on towels... because it is something that I have spent maybe too much time pondering... silly or not I wanted to share my thoughts! 1. I have been collecting towels from second hand stores. You might know the ones, from grandparents or your great aunts house. They are bigger than a hand towel, but smaller than a regular towel and often in a pretty floral print. Those are the ones I go for anyways! The reason I like them so much is because they are the perfect size for kids! They aren't too bulky and dry quickly. Anna is starting to even dry herself with them. And to be honest, I have started using them myself! I find really large fluffy bath towels hard to handle for drying off, and these smaller ones much more efficient. But I know there will be mixed feelings about that. But for kids they are awesome! They are often in perfect condition because I'm guessing they were more of a decorative towel in their prime. A lot that I have found have ta
Read more